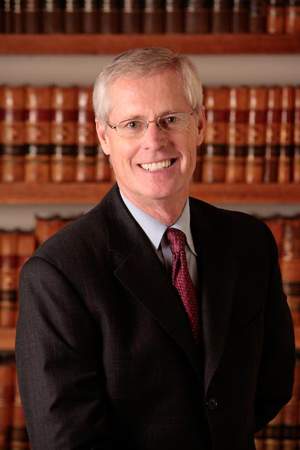 Richard C. “Dick” Prosser joined SRBP as a named shareholder in 1990 and immediately undertook responsibility for a number of major cases. He was an extraordinary lawyer who loved the law and formed strong bonds with many of his clients.   Known for his humor, quick wit, intelligence, and willingness to always serve as a mentor to younger attorneys, Dick particularly enjoyed and excelled at trial practice, skillfully examining witnesses and crafting arguments. Many current shareholders, while young lawyers, honed their trial skills watching and learning from Dick while serving as his “second chairs.”

Dick continued as a shareholder for more than 21 years until moving to an of-counsel relationship in 2012.  He fully retired in 2015 to pursue other interests, including sailing the Great Barrier Reef in Australia.  He died in 2017.

Before joining the firm, Dick served as a law clerk for legendary Chief Bankruptcy Judge Alexander L. Paskay and developed a distinguished career practicing bankruptcy law as a solo practitioner.

During his career at SRBP, he was listed as a “Best Lawyer in America,” in Chambers & Partners “America’s Leading Lawyers for Business,” as a Florida “Super Lawyer,” and as a member of Florida Trend’s “Legal Elite.” He was rated “AV” in Martindale-Hubbell. Dick was one of the founding members of the Tampa Bay Bankruptcy Bar Association and served as its President in 1990-91.  He was also a member of the Hillsborough County Bar Association, the Federal Bar Association, and the American Bar Association. 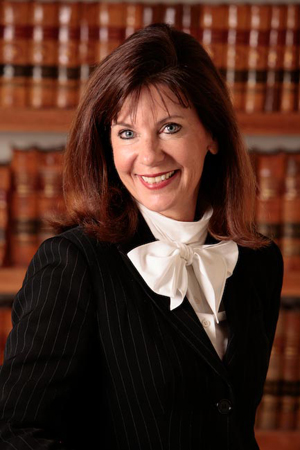 Susan Heath Sharp joined Stichter, Riedel, Blain & Postler, P.A. in October 2004 and succumbed, after a valiant fight, to ALS in 2021. She became a shareholder in 2011 and continued as such until late 2020 when she elected to become Of Counsel to the firm.

The law was a second career – or perhaps third career - for Susan.  Prior to law school, Susan received her B.S. in accounting from Indiana University with highest distinction and worked in public accounting is an audit manager with a national public accounting firm in Texas and Florida. As a CPA she specialized in real estate development and banking issues. She retired from accounting so that she could raise her three children.

At SRBP, Susan was able to bring her accounting and business background to bear in analyzing the challenges confronting the firm’s business clients and also handled individual cases for consumer debtors – many on a pro bono basis.  Susan loved the law and maintained her practice for as long as possible after her diagnosis.  She was also very good at the practice of law, achieving a rating of "AV" Preeminent Lawyer by Martindale-Hubbell Law Directory and listings in Chambers and Partners, “America’s Leading Lawyers for Business,” Florida “Super Lawyers,” and Best Lawyers in America.  Susan also received IWIRC Florida’s highest honor by being named to its Hall of Fame. She also believed in “giving back” and was active in educational and pro bono activities of the Florida Bar and TBBBA.

Although she was an accomplished lawyer, Susan was much a more amazing person.  Susan was always active, with many friends and interests.  Her illness, therefore, seemed particularly cruel.  But like the ALS-stricken Lou Gehrig, who said he was the “luckiest man in the world” when he gave his farewell address at Yankee Stadium, Susan faced the disease with courage and cheerfulness and faced her impending death with the belief that she would be reunited with her two daughters who predeceased her.  She will always be an inspiration to us. 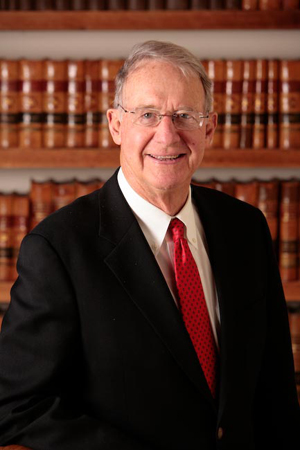 Admitted to the bar in 1957, after service in the Underwater Demolition Team, the predecessor of the Navy Seals, Don M. Stichter set the professional and practical standards by which the firm continues to operate.  By personal example, Don exhibited characteristics such as integrity, professionalism, hard work, a commitment to excellence, loyalty, courage, common sense, and fairness that we still try to achieve.  Always modest about his many achievements and preferring to talk about others rather than himself, Don was also a Renaissance Man who read widely, competed in many sports from tennis to running to golf to sailing, and played many musical instruments. He had a great sense of humor and was an engaging conversationalist.  We will always remember him and will seek to follow his example.

Before founding SRBP in 1974, Don’s professional career included stints with the U.S. Department of Justice, the U.S. Attorney’s office in Tampa, and partnership in a prominent law firm.  He became the “go-to” Chapter 11 debtor’s lawyer in the Middle District of Florida, handling numerous cases, including in 1989 the Hillsborough Holdings (Jim Walter Homes) cases, among the largest Chapter 11 cases ever filed in the State of Florida and involving more than $3 billion in assets and liabilities.  He was involved in well over one hundred published opinions.

Regarded as the Dean of the Bankruptcy Bar, Don was among the most highly honored lawyers in Florida.  He was elected President of the Hillsborough County Bar Association in 1972 and was named the same year as the outstanding local bar association president in the entire state by the Florida Bar.  In 1991 he became the first president of the Tampa Bay Bankruptcy Association (one of his sons, Scott, a partner in SRBP, also served as president of the TBBBA – the only father-son duo in TBBBA history).  The following year, 1992, he was inducted as one of the first three Florida lawyers as a Fellow of the American College of Bankruptcy. In 2002, he was named the outstanding lawyer by the Hillsborough County Bar Association. In 2004, he was the first recipient of the TBBBA’s highest award, the McClurg Award, based on his outstanding effectiveness, thorough preparation, civility and courtesy, ethical conduct, and professionalism, and in 2015 became only the second recipient of the Thirteenth Judicial Circuit Professionalism Award.

Buoyed by a strong faith and a commitment to equal justice for all, Don was deeply committed to the pro bono delivery of legal services to the needy and served in various capacities on the board of Bay Area Legal Services, which honored him as the fourth recipient of its highest award, the Judge Don Castor Award, in 2012.  His example and guidance were instrumental in the Florida Supreme Court’s selection of the firm in 2014 as the outstanding firm in the state for its contributions to the delivery of legal services to the poor.  BALS has created the Don M. Stichter Fellowship in his honor, and the first Fellow has been appointed to assist those who cannot afford counsel in mortgage and other credit disputes.  Likewise, the TBBBA has created the Don M Stichter Award to honor a bankruptcy lawyer who has contributed most to the provision of services to the indigent.

The high level of professionalism in the bankruptcy bar in the Tampa Bay area is a direct legacy of Don’s career and example.  He was our leader, mentor, and friend, and we will always miss him.